London was only ever meant to be a stepping stone for Teddy ‘the Mucker’ Tucker but somehow he stayed there for over thirty years until one day he abruptly abandoned his friends and his job and returned home to North Leitrim. He now finds himself in the bog wondering: Should snakes receive the Free Travel Pass? Are birds the souls of people that have passed on? What is that clown in number six smoking? Do we know what we don’t know? Why is he’s bagging turf when he doesn’t even have a fireplace…

Often described as being of the same ilk, John the writer and Seamus the actor hope to bring a story full of heartache and humour to the stage and with McManus’s very individual madness sprinkled throughout, it promises to be a production to remember.

John McManus is from Ballyconnell in County Cavan. His radio plays, No Hate Going to Loss and Will You Swap Knees with Me? Both won RTE P.J. O’Connor Awards. His first stage play, A Lock of Fierce Roars, received a staged reading by Druid Theatre Company. The Quare Land was first produced by Decadent Theatre Company at the Galway Arts Festival in 2010 and toured Ireland in a new production directed by and starring Seamus O’Rourke in 2013. It was then produced in New York at the Irish Repertory Theatre in 2015 as part of the Origin First Irish Festival where it won the Best Playwright Award. John completed the New Playwright’s Programme at the Abbey Theatre, Dublin, in 2014. He has had readings of other new plays at theatres in Cavan, Galway, Dublin, Canada and America. 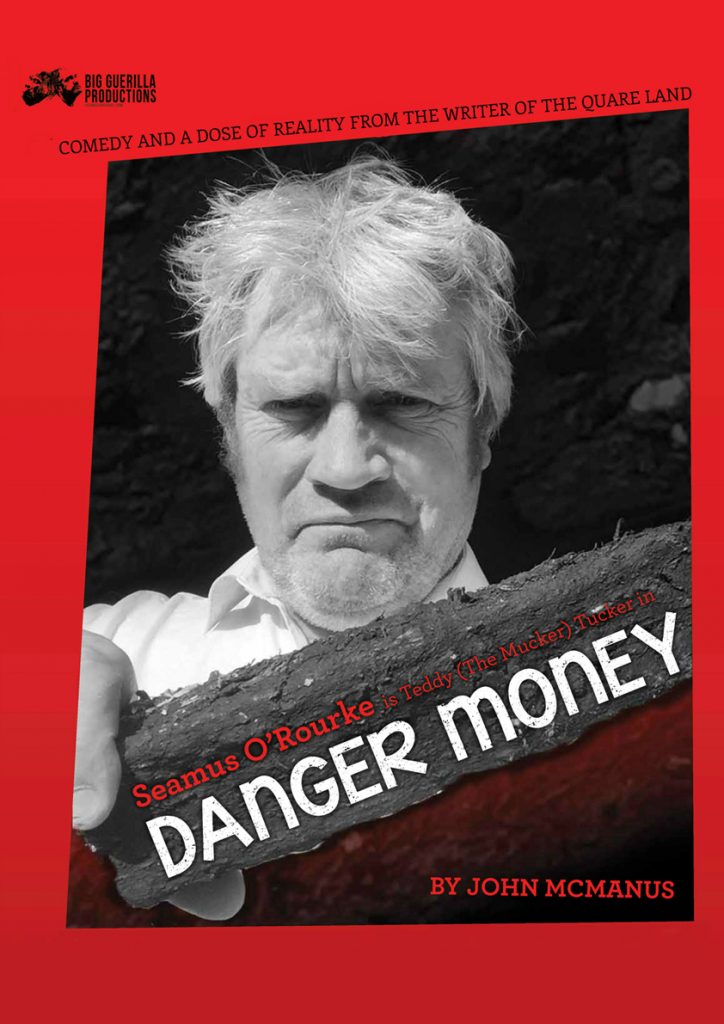