The Trappe Family by Seamus O’Rourke 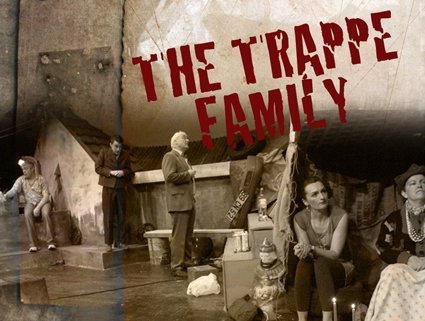 Syn­op­sis
Sylvester Trappe fell off his garage roof five years ago and died. Every year since then his wife drags her three sons and one daugh­ter up to the same rooftop to com­mem­o­rate his death and some of his life. This play is about a fam­i­ly in the north­west of Ire­land on a rooftop in 2007 look­ing out over the town and them­selves. So much has changed, so much has not…

Con­tact Sea­mus if you would like to get a copy of this script or any of his plays.